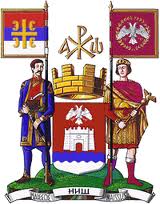 “The Kronstadt sailors marched through the main streets of Petrograd … They promptly broke into houses from which shots were supposed to have come and killed with scant ceremony anyone whom they suspected of shooting … ‘five people were killed and twenty-seven wounded before his eyes on Sadovaya Street,’” read one report by one Kantorovitch.

Terrorist Trotsky (real name Bronstein), who was later to gouge out eyes and dismember his victims in sadistic Talmudic fashion, during the Red Terror, was reported by Ambassador Francis to have “aroused great enthusiasm by advocating violent measures.” (State Department — Exhibit 248).

Kronstadt was a rehearsal leading up to the ripe time for take-over, in November, 1917, several months later.