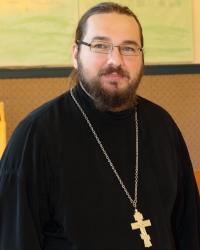 Lg Mary
Let Your mercy, O Lord, be upon us, as we hope in You.
Nach oben


May I pray and how to pray for my relative, a Baptist?

A famous Russian liturgist saint bishop-the confessor Athanasius (Sakharov) wrote the following relating the prayers for non-Christians. “Relative the remembrance of your departed relatives. Above all, I believe, children are always obliged to pray for their parents, no matter what they were, even if they were brutes, defamers, persecutors of the faith. I am sure that saint martyr Varvarra is praying for her father, who had killed her. Your parents were Christians. If, according to God’s word, “in any nation he, who is afraid of God and who prays, is pleasant for Him”, and moreover are those who believed in the Single God, glorified in the Trinity, and professing Christ, who has come in flesh..

If the pray of venerable Macarios of Egypt about the pagans brought them a certain delight, the more so the pray of the Orthodox children will bring the delight to non-orthodox parents. By request of venerable Tsarina Theodora the fathers of the Church prayed intensively for her husband, ardent iconoclast and persecutor of he Orthodoxy Theofile – and got the revelation, that by their pray and by the faith of Theodora, he was granted the forgiveness.

You may and you must pray for non-Orthodox in such a way. But of course, the pray for the non-Orthodox should be of different nature. So, For example, at the very beginning of the canon for the burring, they exhale the praying that God would grant eternal benefits of the departed faithful. This we can say about the Orthodox only. That is why as far back as under the Holy Synod a special order of the panikhida about the departed non-Orthodox was adopted. They started to print it in 1917 but it was not finished. In 1934 or 1935 metropolitan Sergei distributed the order of panikhida for non-Orthodox, compiled by him, among the diocesans”.

Moreover St. Athanasius thought that when submitting the remembrance list for the panikhida, the names of the non-Othodox might be placed among the Orthodox, and if these names are foreign, in order not to confuse people, you may change them by the consonant Orthodox ( for example, instead of Antzia – Andrea should be put”). God, he wrote, - knowing whom you pray for, will render mercy by way of your prayer, to that very person whom you meant”. However, as far as the remembrance on the Proskomide, he reasoned in this way; “before I also remembered non-Orthodox on the Proskomide, but now I arrived at the conclusion, that its better not to do it” (Collection of letters of St. Athanasius (Sakharov). M., 2001. P.273). But there is a more significant fact. Almost at each divine service and even at the liturgy they pray for the power and for the military. But aren’t everybody in the power and military Orthodox, baptized? Remember, at least, after the revolution times of cruel persecutions of the Soviet power on the Church!

And for whom did the Lord pray on the cross when committing His blood sacrifice; “Father, forgive them, for they do not know what they are doing”. (Luke, 23, 34). Isn’t it a commandment for the Christians?

So you may and you must pray for everybody both at home and in Church. As far as the proskomide remembrance – as the priest will tell you.